It has taken me far too long to get to this deck. Some of it is that I felt that everyone was aware of it, some of it is that horrible procrastination bug, and a good chunk of it was being sick and not having the energy to assemble the post like I usually do.

All that and a paralyzing hope (which I say more about below).

So without further ado, The Slow Holler Tarot. 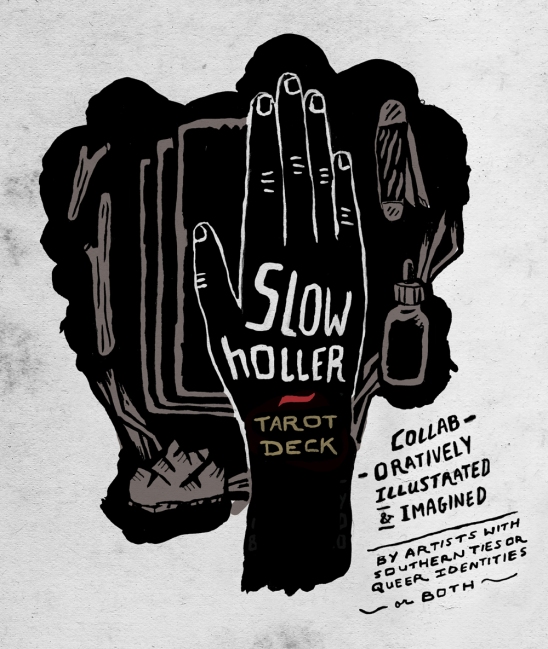 This tarot deck is built from the ground up as queer, with an unapologetically southern twist. Their goal is to “[amplify] Queer and southern [US] voices and their intersections.” As a geographically and culturally located immigrant southern black queer femme, where the South is hardly ever given its due in queer and spiritual knowledge, technology, and traditions that don’t fit into heteronormativity, that is huge for me. See my feelings about southern black femme slayage. 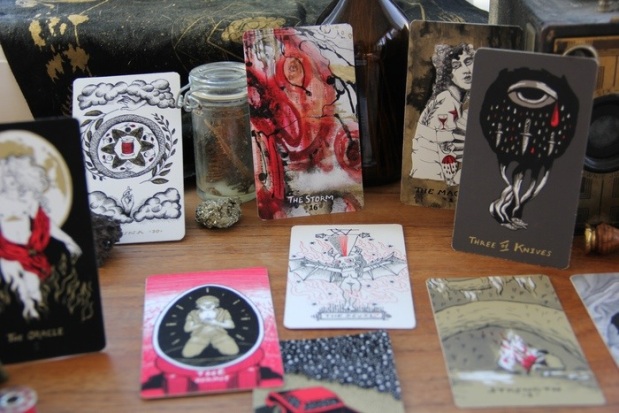 It is committed to southern queer community, clear from the fact that at least 29 artists participated in the creation of the project.  As such it allows for multiple variances, presentations, and layered complexities of identities, which I can say as an immigrant southern queer black femme, sounds about friggin right in terms of what our embodied daily lives are like.

Where does the name ‘Slow Holler’ come from?

A slow building yell. An amplification of queer and Southern voices and the intersections where queer and Southern overlap. The name also has a little wordplay since holler can also be a place, especially a place of refuge or safety.
[source]

I’m excited to hold the Slow Holler Tarot in my hands. I’ll admit, I am tense about it as well. Mostly because it holds or hopes to hold so many of my identities, there’s a catch of breath in my throat that won’t be released till I hold the beautiful black-gold-red cards in my hand and hopefully see myself. Perhaps unfairly, I’m looking for southern black complicated gris gris realities that we live right along with those magical escapist imagined futures we seek out in our magic and in each other. Yes, I know, it’s a lot to ask for from one deck, to ask from a community of artists, people, who may be looking for all of these things for themselves and the ones they love in the art that they create. 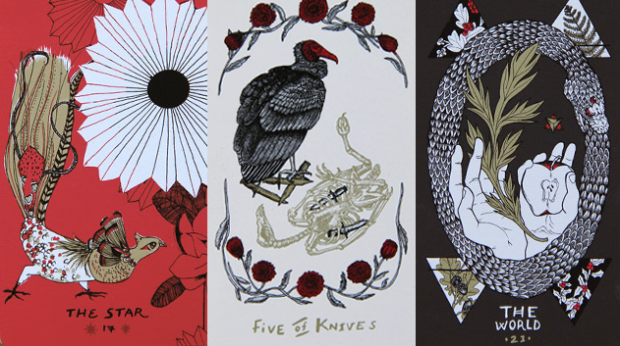 That just emphasizes for me how important projects like these are, how much more important that support is given to art and spirit that does this work so that we don’t have to hold all our hopes on one or two baskets. Beautiful and grand as they are.

Triumphant news! The project is fully funded and available for pre-order.

Go ye forth and support the Slow Holler Tarot. May it also, as well as all the other Tarot of the QTPOC decks, inspire us to never settle and seek  and create and support sacred work that honors us and the possibilities and realities of our lived experiences. 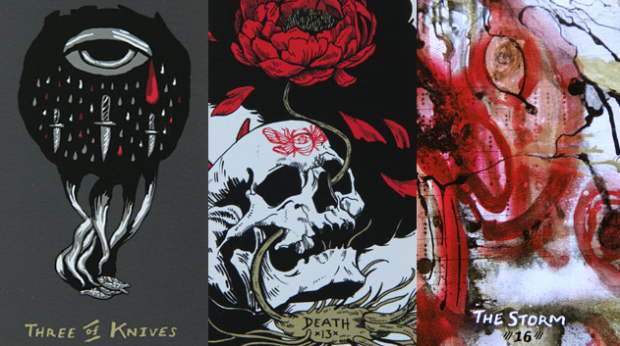 [all images credited to the Slow Holler Tarot artists]